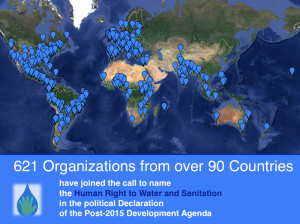 621 Organizations from 60 Countries supported this call including Good Shepherd from 10 specific Countries. Angola, Portugal, France, Ireland, Malta, Myanmar, Malaysia/Singapore, United Kingdom, South Africa and the Philippines.  Sisters from Latin America supported regionally and the International office spoke for ‘all’ of us.  Well done!

You can access the letter and full list of signatories in 4 languages English, Spanish, Portuguese and French HERE

Is there more that can be done? Yes.  Some suggestions:

Note other groups in your country who have signed.  Contact them and continue to advocate for the human right for water and sanitation at your national level.

Keep updated on the issue – see the Facebook page Post-2015 Human Right to Water and Sanitation  If you are on Twitter @HRtoH2O use #DeclareHRTWS  and tweet to your country representatives who are engaged in the Post 2015 Sustainable Development Agenda.  Over the next number of weeks the intergovernmental negotiations will be ongoing.  May 18 – 22; June 22-25; July 20 – 24 and July 27 – 31.   Do you like the Logo?   Human Right to Water and Sanitation. 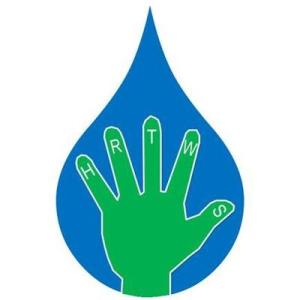