Secretary General  “…squander trillions in wasteful military spending.  Why is it easier to find money to destroy people and planet rather than it is to protect them? 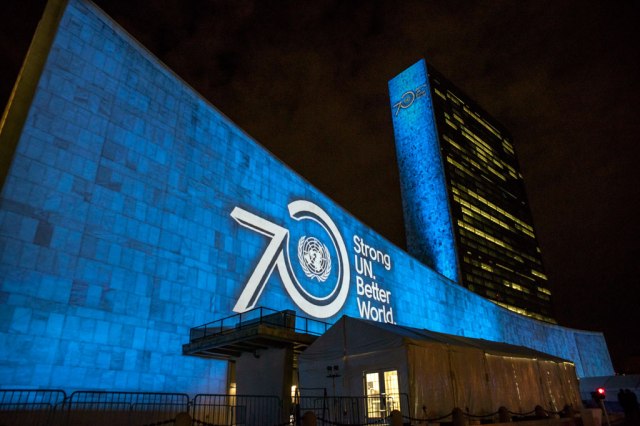 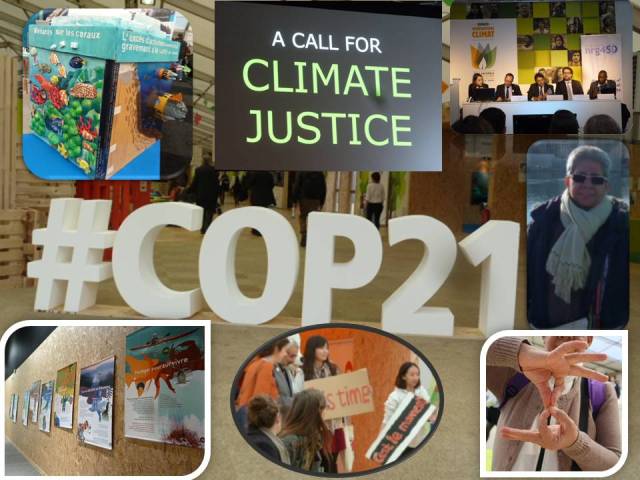 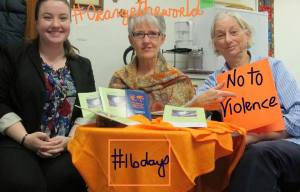 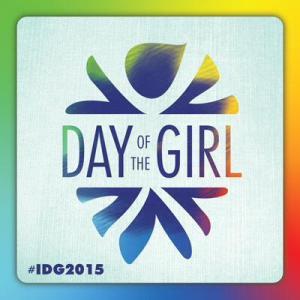 From a celebration of the International Day of the Girl, Kenya.

Day of the Girl, Kenya   to Myanmar (photo below)

To Democratic Republic of Congo and the documentary Maisha

The Video clip is in  English and French

The Africa Europe Faith and Justice Network have published their December newsletter.  There is some good material if you are following up on COP 21 and some more video links

Don’t forget to link it with Laudato Si and the following from our Congregational Chapter Direction Statement: To recognize our interconnectedness with the whole of creation which obliges us “to protect our common home.”

For the first time in history, the governments of the world struck an agreement to act together on climate change. Last Saturday, the Paris Climate Agreement was signed by 195 countries committing to the end of the fossil fuel era with a long-term goal to bring emissions to zero and a regular review of national commitments every five years. (See more of the agreement here)       This is a historic moment.

While we recognize this major shift in climate policy, we also acknowledge that the Paris Agreement has many problems that perpetuate climate injustice. Issues of climate finance for developing countries are not fully addressed. Language on human rights (read more here) was excluded. And it leaves out the practicalities of how our governments are going to reach their ambitious targets, given that their current climate plans are very far from what we urgently need.   Read the full account here   The Global Catholic Climate Movement

Like Loading...
Following two weeks of negotiations during the Conference of the Parties (COP21) in Paris, the 195 parties to the United Nations Framework Convention on Climate Change (UNFCCC) adopted the Paris Agreement on 12 December 2015 (full text available here). 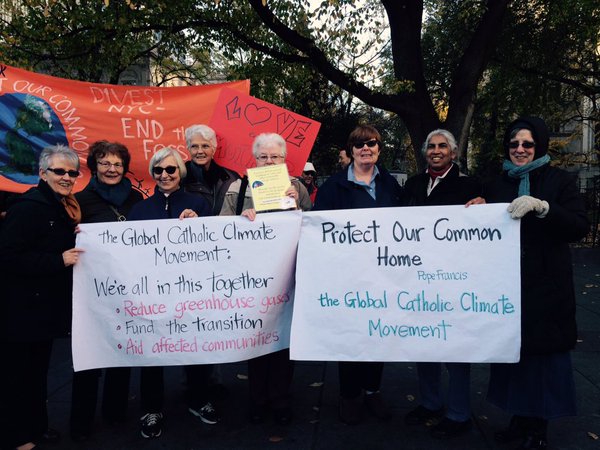 The Paris Agreement’s main aim is “Holding the increase in the global average temperature to well below 2 °C above pre-industrial levels” (binding), and countries further agreed “to pursue efforts to limit the temperature increase to 1.5 °C above pre-industrial levels, recognizing that this would significantly reduce the risks and impacts of climate change.” (Article 2)  The Agreement also includes the pledges to cut emissions and set the long-term goal to get off fossil fuels (although there is no clear timeline). Furthermore, the Agreement creates a 5-year Review Mechanism for countries to review their emissions reduction targets and set new, more ambitious cuts. However, there is no accountability mechanism for countries’ failure to comply to the Agreement.
Combating climate change and its impacts, which has important linkages with gender equality and human rights, is included in the SDGs (Goal 13). Unfortunately, despite strong efforts from women’s rights advocates, references to women’s and human rights were moved to non-binding parts in the final draft of the Paris Agreement. The weak references to gender include the following:
Please see further articles and resources on COP21 and women working in climate justice:

Link to the text of the Agreement

The Paris climate conference closed on Saturday evening by adopting a strong, clear, and honest agreement. The deal will not guarantee that the world stays within 2°C or reaches the more ambitious 1.5°C limit, but it lays out for the first time a framework for getting there. Crucially it does so without denying the reality gap between actions to date and what’s needed to save the planet from dangerous climate change.

The Guardian story reads that the Climate Agreement is the world’s greatest diplomatic success.  ‘Like any international compromise, it is not perfect: the caps on emissions are still too loose, likely to lead to warming of 2.7 to 3C above pre-industrial levels, breaching the 2C threshold that scientists say is the limit of safety, beyond which the effects – droughts, floods, heatwaves and sea level rises – are likely to become catastrophic and irreversible. Poor countries are also concerned that the money provided to them will not be nearly enough to protect them. Not all of the agreement is legally binding, so future governments of the signatory countries could yet renege on their commitments.’  Read more…

Sister Yolanda Sanchez is currently in Paris, attending the COP21 climate change conference.  Here’s her update from the first week of the conference, along with lots of pictures.  Many thanks to Yolanda for representing us all in Paris!

COP 21: Climate change, change of the system and paradigms.

From November 30 to December 11, 2015, 195 countries are meeting at the Conference of the Parties (COP 21) having as their main objective to review the implementation of the United Nations Framework Convention On Climate Change

This is very important, but even more important to me because I am participating in the space called “Climate Generations” (this place gives civil society, NGOs and other participant a space to bring an alternative voice to this Summit). From this it is clear to see that there are many people with a deep commitment to climate change and to changing present paradigms regarding this.

What I lived in this first week of the COP 21? I have signed petitions, I have heard about good practices and alternative initiatives being carried out not only in the developing countries but also in developed countries to reduce the impact of climate change in large and small cities; I have shared with many people who have come from all over the planet -young, less young, religious, people of all confessions- all animated with the desire to share experiences, express a concern in front of the indifference of Governments with regard to climate change and its consequences. Brothers and sisters of indigenous people have also brought their voices and concerns for the destruction of the land that they have inhabited for many centuries.

I have also participated in prayer initiatives carried out, among them the Ecumenical prayer at the Cathedral of Notre Dame. With joy I see that churches have undertaken this COP 21 to also assume the challenges on climate change and its consequences, assuming the responsibility of taking care of “our common home”.

What I have perceived in this atmosphere of COP 21?

have become aware that must not only speak of climate change but also a change of system, of paradigms, of ways to consume, and of behaviors. Development must never mean destruction of nature and its resources.

Secondly, I see that the language of human rights appears in the text being discussed. It refers to respect, protection and promotion of human rights for everyone in all of the actions proposed for tackling climate change.

And what is coming after the COP 21? Although this Summit is a turning point and an opportunity to make concrete commitments this is only a part of the solution. Many communities on the planet are still being threatened by the increase in the sea level, deforestation, natural disasters, and pollution of water sources, and there are whole communities in a situation of great vulnerability who will be forced to migrate. Many multinational companies are responsible for the current crisis in which these peoples are living.

Personally, I think that it is also time to engage much more in advocacy work, lobbying, pushing government policies at nationally and internationally level responding to the needs of the people. In this first week of COP 21 I met many sisters and brothers who are already actively engaged in this. 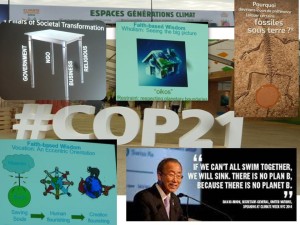 Finally I invite you to meditate, to deepen, and put into practice the teachings that Pope Francis brings us in the wonderful encyclical Laudato SI , it is a source of inspiration and guidance for all peoples of the planet. He invites us to act and to participate in the care of creation, accepting the challenge that he makes us in Chapter 6, number 203 and so on: Towards a new lifestyle – at all levels.

Thanks Yolanda for this write up.

You may be interested in this interactive website – Climate Change Conference in Paris.  It is in English and French.  Click here  You can Learn – get to know the issue, Act – with suggestions as to what to do, and Follow the conference day after day.

Read another viewpoint from The Guardian December 4th and check what your national papers are reporting.  Do look at the video in the middle of the article.

The Global Sisters report that the Climate Summit has begun with high expectations – and concerns.  NGO representatives from New York attending the Conference share their thoughts.  Read more here

Another interesting website is Democracy Now  There are some interesting interviews.  See an interview with Naoimi Klein dated October 30.  I recommended here book some time ago “This Changes Everything”.

IBON have published their second update on the Climate Summit in Paris.  The update is in both English and Spanish and can be accessed HERE. It is #7 and dated December 2.  The update referenced by me in my posting on November 30th is also available in Spanish Click here!  The website contains many other interesting items.

Have you checked out the COP 21 liveblog?   It gives almost hourly accounts of what is taking place.  It was launched on November 30th.  An interesting way to review the days proceedings.  The last entry for today December 2  is poet Kathy Jetnil Kijinerm, who comes from the Marshall Islands, reciting a few lines from her poem “2 Degrees”. Video