By creating the International Day of Peace, the UN devoted itself to worldwide peace and encouraged people to work in cooperation for this goal. Since its inception, Peace Day has marked personal and planetary progress toward peace. It has grown to include millions of people worldwide and many events are organized each year to commemorate and celebrate this day.   Read more

See what people around the world are doing   # PeaceDay 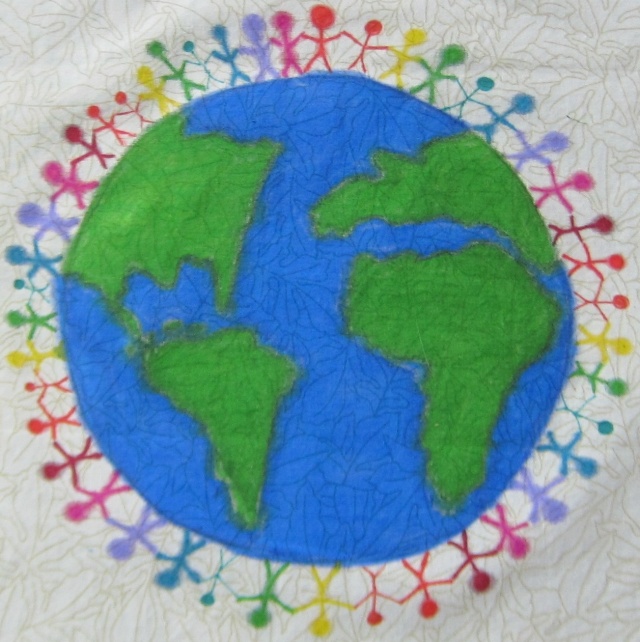 We signed on to an international peace day statement prepared by the Quaker United Nations Office joining with 131 other organizations promoting PEACE.  See   FINAL International Day of Peace Statement

The statement calls for fully embracing the commitment to peace in the 2030 Agenda; balancing  national efforts with a focus on regional and international drivers of peace, justice and inclusion; mainstreaming prevention; and protect and supporting civil society (you and I) in fostering sustainable peace.

The values of UN Secretary General António Guterres and the President of the General Assembly H.E. Mr. Miroslav Lajčák are to be commended as imperative peace building attitudes and behaviors in a world in trouble, where people are hurting and angry, where societies are fragmented, and “we are a world in pieces.” (Secretary General)

“Harsh crackdowns and heavy-handed approaches are counterproductive.” “It’s not enough to fight terrorists on the battlefield…we must do more to address the roots to radicalization, including real and perceived injustices,” he said, adding that “harsh crackdowns and heavy-handed approaches are counterproductive. As soon as we believe that violations of human rights and democratic freedoms are necessary to win the fight, we have lost the war.”

“Another major challenge that demands a focus on people is international terrorism. This is not a problem that can be solved with guns, or shut out by barriers. People are at its center. They are the ones contributing to it. They are the ones suffering because of it.

The only way to succeed in both areas will be through choosing to focus on people, rather than rigidly sticking to our individual positions. We need viable global frameworks, which can be implemented by people – and for people – in real time.”

“I see the priority clusters of 1/ peace and prevention, 2/ people and 3/ planet and prosperity as three sides of a triangle. They might not all be the same length, or the same width, but one is as important as the other.”

“Human rights are crucial. Neither peace nor development can take hold without them.

We must remember that we have a lot of work to do when it comes to gender equality. Women’s leadership and participation should be a priority in settings of both conflict and peace.”

“We can engage in real dialogue – not a succession of monologues. We can concentrate on how much – and not how little – we can give up in the spirit of compromise. We can look beyond our individual agendas and positions, and see the bigger picture of why the UN is here, and what it is trying to do.”  Read or listen to the full statement in 6 languages of the UN.

A good resource if you want to see what your country said at the opening of the UN General Assembly is to go to this website …. both the text and video is available HERE  You may have to navigate the dates to find your country.