UN Women’s #Beijing20 campaign features monthly mini-campaigns, each focusing on a subtheme of gender equality. We are now rolling out the fourth mini-campaign for September, focusing on women and the economy.  Read more   Click here   Women and the Economy is Platform F of the Beijing Declaration and Platform for Action – Pages 65 – 79 of the attached document.  Paragraphs 150 to 180.  Beijing Declaration and Platform for Action 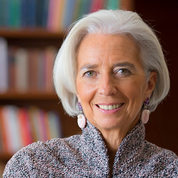 How does all this compare with reality on the ground see Democratic Republic of Congo as an example.  “…despite the multi-billion-dollar mining trade, very little of its success ever reaches the people of the region…”  Read more